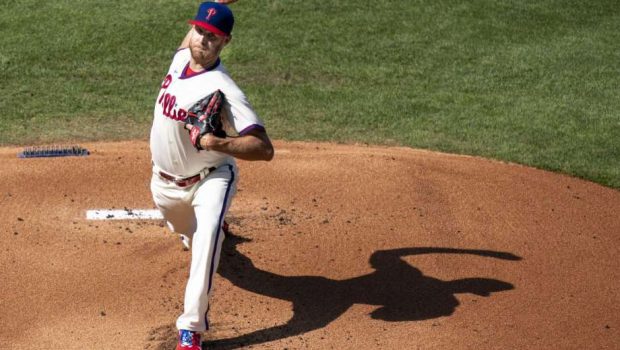 WHEELER’S UP: PHILLIES NEWEST ACE SLAMS DOOR ON THE FISH!

Zack Wheeler dominated in the Phils 7-1 victory, allowing five hits, one run and two walks in seven innings. He struck out four. He induced four inning-ending double plays. He threw only 87 pitches.

“The other day when I faced the Orioles, I was all out of sync,” Wheeler said, referring to Sunday’s exhibition start. “I had a lot of other stuff on my mind. I felt a lot better today. More in sync, the timing and everything.”

It has been quite a week for Wheeler. His wife Dominique gave birth Monday night to their son Wesley. Mother and son are healthy. After a couple nights in the hospital, the Wheelers returned home Wednesday. He threw off a mound Thursday, played catch Friday and declared himself ready to roll against Miami.