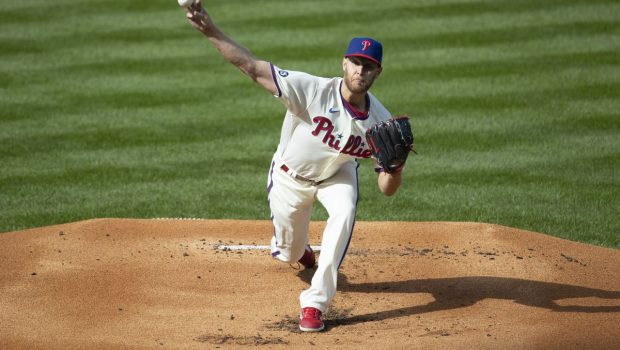 Zack Wheeler’s first start of the 2021 season was an all-timer.

He pitched seven shutout innings and drove in two runs leading the Phillies’ 4-0 win over the Atlanta Braves.

Three Phillies pitchers held the Braves to one hit.

Phillies pitchers did not walk a batter.

The Phillies are off to a 2-0 start on the new season. The Phils, who have not had a winning season since 2011, actually started off the 2019 season at 4-0, their first three wins coming in a sweep of the Braves, who have won three straight NL East titles.

Might have to give Zack Wheeler the Barry Bonds treatment pretty soon… pic.twitter.com/GDur1FS3mN