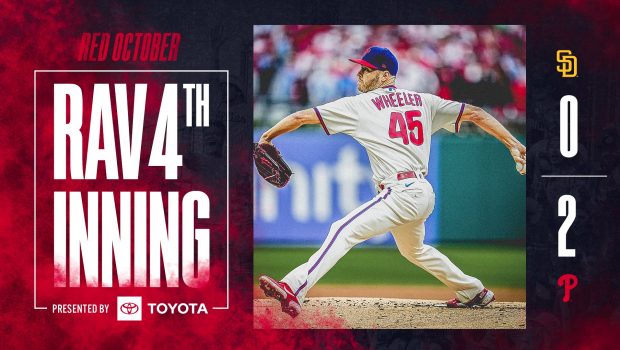 Zack Wheeler delivered a strong performance in a no-decision against the Padres in Game 5 of the NLCS on Sunday, surrendering two runs on three hits over six-plus innings

The right-hander racked up eight strikeouts and did not walk a batter.

He served up a solo homer to Juan Soto in the fourth inning and then allowed a leadoff single to Jake Cronenworth to start the seventh — with that run ultimately coming around to score after Wheeler had exited.

He generated 11 swings and misses on 87 pitches in the contest, posting a CSW of 26 percent.

His next test will come against either the Astros or Yankees on baseball’s biggest stage in the World Series next week.