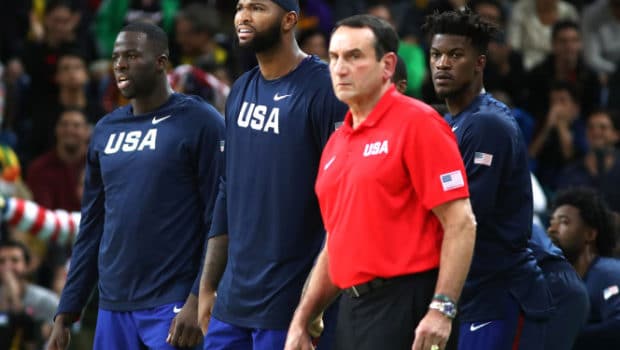 WHAT’S UP WITH OUR STRUGGLING TEAM? COACH K THE ISSUE FOR USA

Mike Krzyzewski has an air of infallibility around him because of his success at Duke and his job in bringing back USA Basketball following the 2004 debacle, but he appears asleep at the wheel of this 2016 Olympic team and should be the held accountable for its failures.

The talent is there, but it’s mismatched. It’s a coach’s job to make the talent work together, and thus far, Krzyzewski has failed to do that. Instead, he’s allowing the five guys on the court to alternate playing isolation basketball on offense (while the other four players stand and watch) and go through the motions on defense.