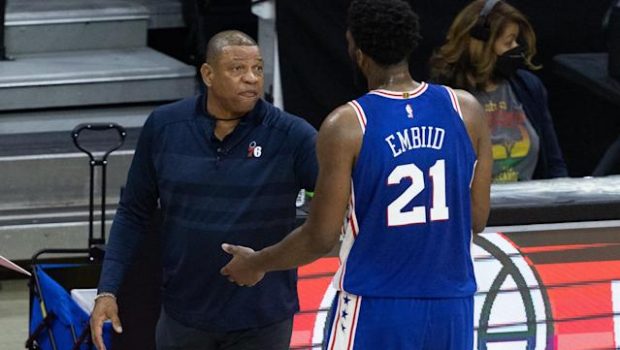 WHAT’S UP, DOC? SIXERS CONFUSED ON HIS LAST PLAY AGAINST CELTS

The Sixers were down 88-87 with 6 ticks left last night, and somehow coach Doc Rivers drew up a play that resulted in Tobias Harris controlling the ball and Joel Embiid never touching it.

The play failed and the Sixers lost:

“We’ve got to get Joel going, number 1,” Rivers said. “We get him going, the whole team gets going. But that’s two games in a row where I thought [we were] lackluster. Execution is really bad right now.

“I’m not concerned by it. We’re gonna get through it. We’re just dropping games while we’re getting through it.”