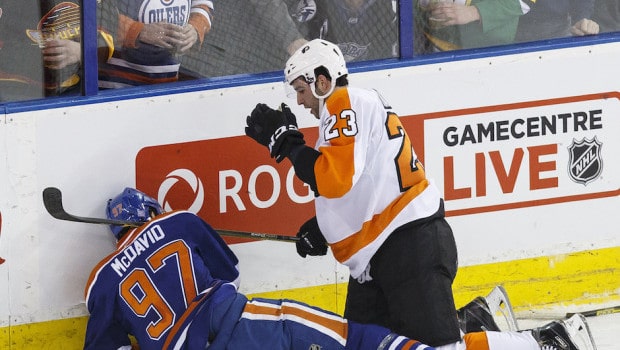 WHAT’S THE DEAL WITH THE FREE-FALLING FLYERS??????

Philly clinches a spot in the playoffs if they win both games, and they have to win at least one. Those aren’t the best odds, but it shouldn’t ever have gotten this close. The Flyers were comfortably in a week ago, but they’ve lost three straight, including a rather strange 4-3 OT loss tonight to the Maple Leafs, the very worst team in hockey.

The Leafs scored twice in the first period, and the Flyers couldn’t capitalize on a power play. Jake Voracek scored what looked like an equalizer in the second period, only to have it ruled out for interference.