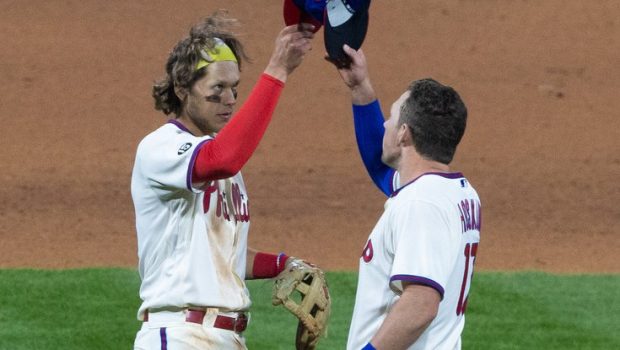 Though the Phils will have Trea Turner and Bryson Stott up the middle, the rest of the infield is in flux.

Alec Bohm and Rhys Hoskins could stay at third and first base, respectively, as they did in 2022.

However, with Bryce Harper undergoing Tommy John surgery and potentially missing the first half of the year, it’s been speculated that Bohm could move over to first, with Hoskins taking more time in the designated hitter slot while Edmundo Sosa takes over at third.

Regardless of how they line it up in the field, Turner seems poised to add a speedy element to a Philadelphia lineup that skewed to the power side.

Turner can, to some degree, make up for some of the production lost by not having Harper around for the first part of the year, with Harper then hopefully joining the club for the second half and postseason.