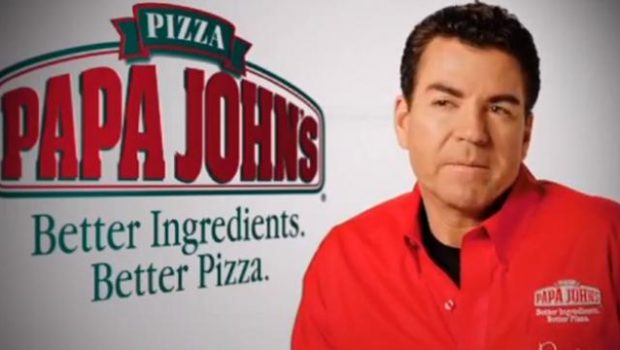 It took a couple of days longer than it should have, but Major League Baseball has indefinitely suspended its Paga John promotion because of company founder John Schnatter’s racist comments..

The pizza chain is under scrutiny after Schnatter admitted to and apologized for using the N-word in a May training session, an event that became public Wednesday.

In the aftermath, Schnatter announced his resignation as the company’s chairman. He previously resigned his seat on the board of trustees at the University of Louisville.

Now Major League Baseball is distancing itself from Papa John’s. Their relationship began in 2016, when baseball started dubbing grand slams “Papa Slams.” Each one allowed baseball fans to get 40 percent off their order at Papa John’s the next day by using a Papa Slam online coupon code.

MLB’s web page for Papa Slams says that 20 have been hit in 2018, the last one being Dexter Fowler’s on Tuesday. However, Greg Bird of the New York Yankees hit a grand slam in the third inning of Wednesday’s game against the Baltimore Orioles an

One thought on “WHAT TOOK SO LONG? MLB CANCELS PAPA JOHN DEAL OVER N-WORD!”