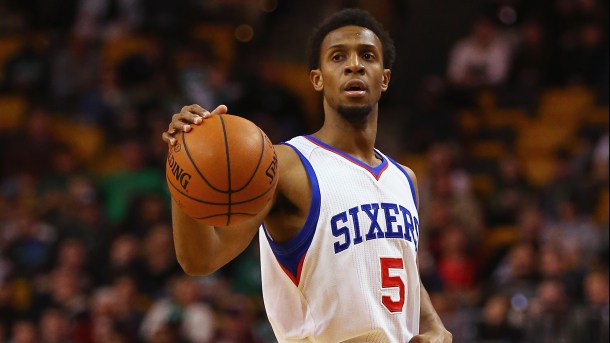 Ish Smith had a great first night with the Sixers, who beat the Phoenix Suns on Saturday night for their first road win.

Smith was at the point, which has been a big deficiency for the team.

And his arrival signals a shift in the Sixers’ power structure:

John Reid of The Times Picayune:

Sources say newly hired 76ers lead assistant Mike D’Antoni is impressed with Smith’s abilities and wanted to get him on their roster. Also, sources say the Pelicans weren’t going to be able to extend adequate minutes to Smith in the rotation with Norris Cole back after missing the first 17 games of the season with a high ankle sprain.

Even if D’Antoni was the driving force behind this trade, Colangelo’s involvement is evident for a couple reasons.

1. This trade is so far outside Hinkie’s track record.

Smith will be an unrestricted free agent next summer, and he’ll sign with whichever team presents him the best offer. That could have just as easily been the 76ers without trading for him as with trading for him.

So, what’s the point of giving up assets for him now?

The 1-30 76ers aren’t going to win anything of note this season. They’re still strong favorites for the No. 1 seed in the lottery, but a little Philly improvement could put the Lakers and Nets in the race.

Hinkie has always valued long-term asset collection over insignificant short-term gains. At some point, Hinkie would have turned focus to the present, but surely not with the 76ers already 1-30 and not by acquiring such a fringe player.

2. D’Antoni and Colangelo are allies, having worked together with the Suns. If D’Antoni wanted Smith, it’d make sense the associate coach would go through Colangelo.

Philly was notoriously weak at point guard with Kendall Marshall and since-waived Tony Wroten just getting healthy and Isaiah Canaan and T.J. McConnell not being ready for major roles. The speedy Smith fits D’Antoni’s up-tempo system and could help create looks for Nerlens Noel and Jahlil Okafor.