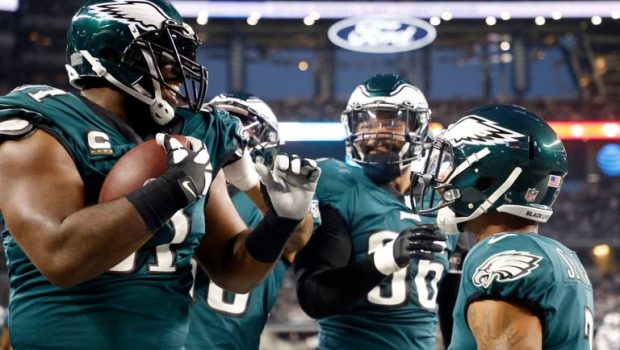 WHAT IF EAGLES FINISHED 10-7, STEALING NFC EAST FROM DALLAS?

The Eagles would have an outside chance at the division title, as long as the one loss isn’t to the Cowboys. For this scenario to happen, Dallas would have to finish no better than 3-4.

Both of those teams are in the midst of three-game losing streaks.

So the Eagles will need either the Giants and/or Washington to beat the Cowboys to have a chance at the division title. Dallas currently has a better division record than the Eagles (2-0 compared to 0-1). That would be the first tiebreaker should the Eagles and Cowboys split their season series.

The Cowboys won the first game, 41-21 on Sept. 27. So an Eagles win in the finale would be essential.