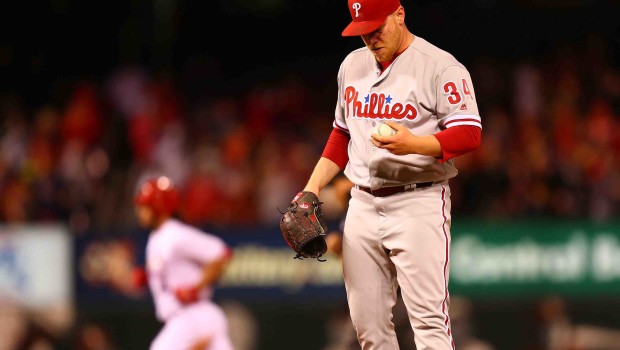 WHAT A RELIEF! PHILLIES’ FAILURE OBERHOLTZER CLAIMED BY ANGELS

Defying all odds, Phillies washout Brett Oberholtzer, designated for assignment by the Phillies last Saturday, was claimed by the Los Angeles Angels yesterday.

Oberholtzer will likely get his chance to start with the Angels, who have lost four-fifths of their starting rotation — Garrett Richards, C.J. Wilson, Andrew Heaney and Nick Tropeano — to long-term injuries.

The Phillies couldn’t provide Oberholtzer that opportunity in a rebuilding year. It made sense to include him as one of the final pieces in the trade with Houston for Ken Giles because it gave the Phils a young, inexpensive pitcher who could start or relieve.

He was behind rotation locks like Jeremy Hellickson and Charlie Morton, as well as second-year right-handers Aaron Nola, Jerad Eickhoff and Vince Velasquez.

Oberholtzer leaves the Phils with a 4.83 ERA in 26 games, 22 of which were team losses and 16 of which were lopsided losses. His first five appearances — eight home runs against, 15 runs allowed in 14 innings — were the worst of the bunch.