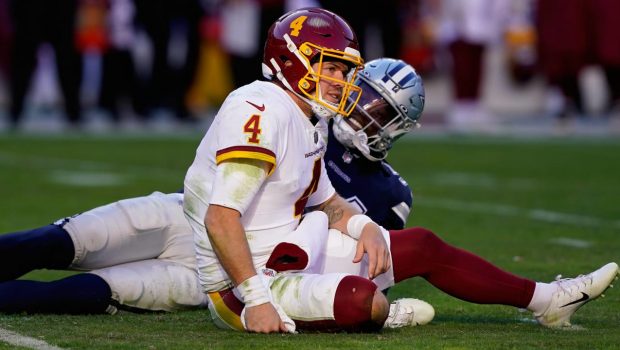 WFT THROWING QB TAYLOR HEINICKE TO THE WOLVES — AND EAGLES!

Taylor Heinicke will remain WFT’s starter for next Sunday’s home game against the Eagles despite being pulled for Kyle Allen in Sunday’s loss to the Cowboys.

Coach Ron Rivera said that Allen is likely to see playing time as well before the year is out.

“Will we play Kyle? Probably. But we’re going to stick with Taylor right now,” Rivera said, via NBCSportsWashington.com.

Heinicke is under contract for next season while Allen is set to be a restricted free agent after the season and Rivera said he wants “to make sure we get a really good look” at Allen before the year is out. Whatever they see, finding a long-term solution at quarterback is going to remain on the team’s to-do list this offseason.