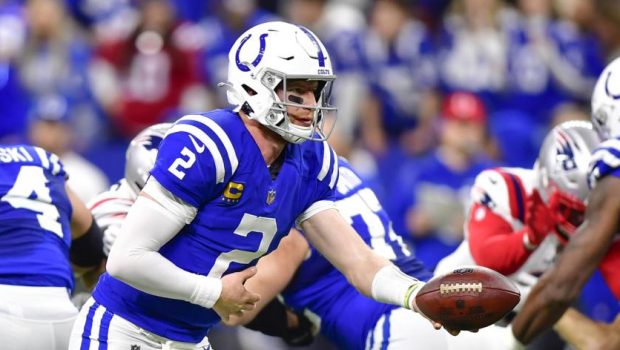 WENTZ WAS HIS USUAL SUCKY SELF, TAYLOR SAVES COLTS VS. PATS!

Carson Wentz completed 5-of-12 passes for 57 yards, one touchdown, and one interception in he Colts’ 27-17 Week 15 win over the Patriots.

The 28-year-old ex-Eagles QB had six passes defensed and two interceptions through three quarters, eventually running out of luck with a forced interception between four defenders to open the final quarter. If it were not for Jonathan Taylor (29/170/1) and New England’s first six possessions (punt, blocked punt, punt, INT, INT, turnover on downs), Wentz would be ridiculed rather than pat on the head for simply falling forward for three first downs on 4th-and-short.

One thought on “WENTZ WAS HIS USUAL SUCKY SELF, TAYLOR SAVES COLTS VS. PATS!”