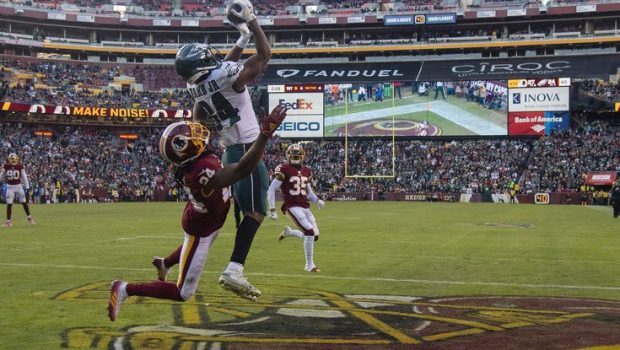 Eagles wide receiver Greg Ward is getting well-deserved if belated praise, on the heels of his game-winning TD catch against the Redskins on Dec. 15 that put the Birds in a 7-7 tie with the Cowboys.

How great was it to see Greg Ward Jr., the former University of Houston quarterback, catch a brilliant arcing TD pass from Carson Wentz to beat Washington?

The amazing thing about the Ward touchdown—his first in the NFL after converting to wideout and nearly three years on the practice squad learning his craft—is it came against a proven vet, Josh Norman.

And “they were trying to spring me open,” Ward told me, after Philly expected heavy coverage on Zach Ertz.

“Just unreal,” he said from the Eagles locker room. “I’ve been praying on this. It’s taken a ton of work. A ton, in the film room, the weight room. The grind never stops. But my mindset’s been, as long as I get in, I’m not leaving.” He can’t leave now. The Eagles have a division title game next Sunday at home against similarly 7-7 Dallas.