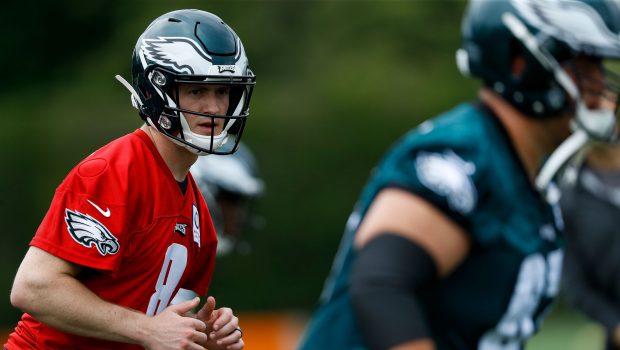 Clayton Thorson was drafted in the fifth-round by the Eagles.

And even though he was no great shakes at Northwestern — he started 53 games over four yea, leading the team to 36 wins — he’s in rookie mini-camp as an understudy to Carson Wentz.

With coach Doug Pederson not committing to Wentz being ready for OTAs after the back injury that derailed his 2018 season in December, Thorson will likely get plenty of reps.

And if Wentz can’t stay healthy, Thorson may eventually get an opportunity to play. For now, the backup is Nate Sudfeld. But Thorson could force his way into the conversation. With Nick Foles gone, the Eagles will need someone they can believe in as the primary backup to Wentz.