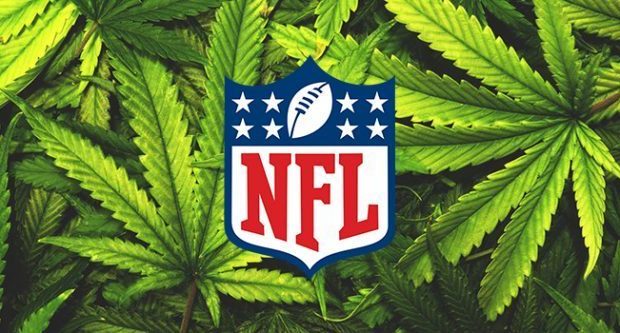 The NFL gets into the weeds on a lot of issues such as instant replay and unnecessary violence.

And now they are literally poised to take on weed!

It has taken the first step toward potentially letting its players tackle their aches and pains with marijuana.

In conjunction with the NFL Players Association, the league has created a committee to “establish uniform standards for club practices and policies regarding pain management and the use of prescription medication by NFL players as well as conduct research concerning pain management and alternative therapies.”

Among those “alternative therapies?” Marijuana, according to Mark Maske of the Washington Post.

“We’re asking our pain management committee to bring us any and all suggestions. We’ll look at marijuana,” said league chief medical officer Allen Sills. “I think it’s a proud day for the NFL and the NFLPA to come together on these issues in a very public way. I think it demonstrates the spirit of cooperation we have around our health and safety issues. … Both of these committees are about providing the best health care we can to players.”

For now, marijuana remains on the league’s list of banned substances and players can be suspended for testing positive for using it.