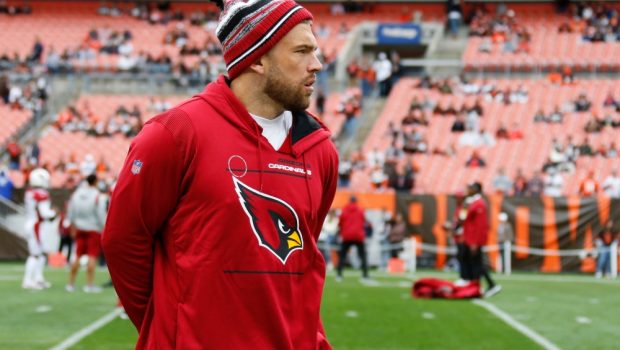 Zach Ertz has been on the Cardinals’ practice field, working to build his connection with quarterback Kyler Murray so Arizona’s offense can keep rolling.

But first, the connection started on a plane. Ertz, traded to the Cardinals last week after more than eight seasons with the Eagles, made it to Arizona in time to fly with the team to Cleveland for last weekend’s 37-14 victory over the Browns.

His assigned seat for part of the trip was right next to Murray.

“I don’t think that was an accident,” Ertz said with a smile.

The Cardinals sealed the deal with the Eagles less than a week after losing tight end Maxx Williams to a season-ending knee injury on Oct. 10. Ertz is a three-time Pro Bowl selection, has caught 38 touchdown passes in his career, and helped the Eagles win the 2017 Super Bowl.

Zach Ertz was wearing an “EAGLES” wristband during his first practice with the #Cardinals today. This man is an undisputed first-ballot Philadelphia Sports Hall-of-Famer. 💚🦅