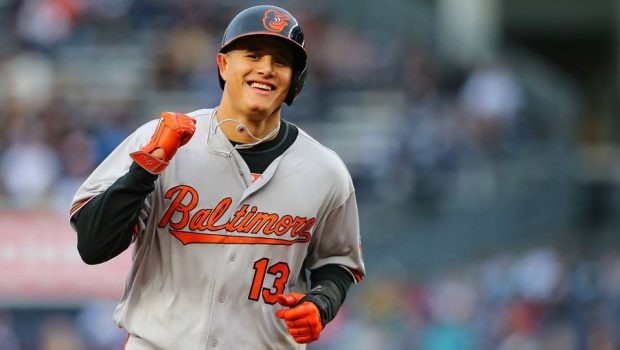 The trade deadline is two months away, and USA Today looks at the top 20 players, based on their value and likelihood of being traded, on the block the next two months:

1. Manny Machado, Baltimore Orioles, shortstop: Machado, a free agent at the season’s conclusion, is on pace to hit 50 homers while playing spectacular defense at either shortstop or third base. The Cubs have been the long-rumored destination, and the Dodgers would love him to take Corey Seager’s spot for the rest of the season. The trouble is that unless Machado can suddenly pitch, the Cubs really don’t have a natural fit. And Dodgers vice president Andrew Friedman has yet to trade any blue chip prospects since his arrival to LA.

Prediction: Machado goes to the Phillies, who spent $169 million during the winter on free agents Jake Arrieta and Carlos Santana, and still have plenty of cash. The Phillies, who have five front office executives who are former Orioles’ employees, outbid the Cleveland Indians and St. Louis Cardinals, believing that not only can he help get them to the postseason this year, but it increases their odds of signing him when he hits free agency. The price tag won’t be nearly as high as wildly anticipated considering no one provided the Orioles with a strong offer in December, when teams would have had him for an entire season and not just two months: