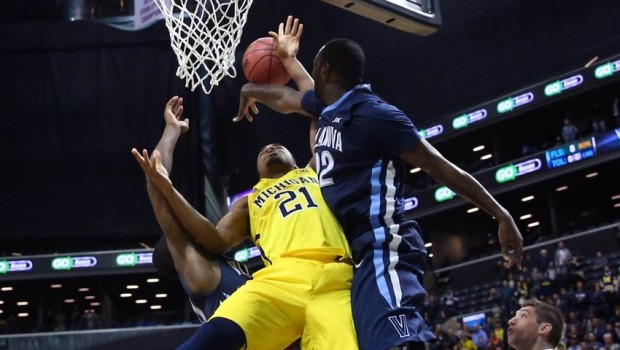 JayVaughn Pinkston had just eight points on the night, but he made the two biggest plays of the young season for Villanova.

With 13 seconds left in the game, Pinkston overpowered a flopping Caris LeVert in the post, scoring to put the Wildcats up 56-55. After a driving Derrick Walton was stripped, Michigan ran a gorgeous out of bounds play to get Zak Irvin what appeared to be a wide open layup.

But Pinkston was having none of it:

While that may be the block of the year — even if it is only arguably the block of the game — it helped seal the win for the Wildcats, who won 60-55 after four Ryan Arcidiacono free throws in the final seconds.