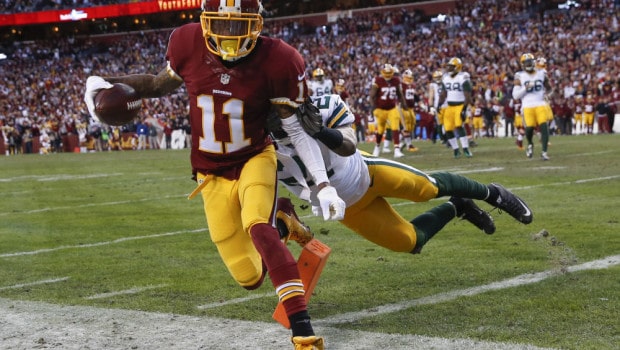 In case Eagles fans forgot why former coach Chip Kelly cut his ass in March 2014, DeSean Jackson decided it would be best to hold the ball behind him while approaching the goal line and pylon, tucking it at his hip instead of stretching it out like every other player in the NFL would do. Jackson completely slowed up after catching the ball, his standard look-at-me, hotshot move.