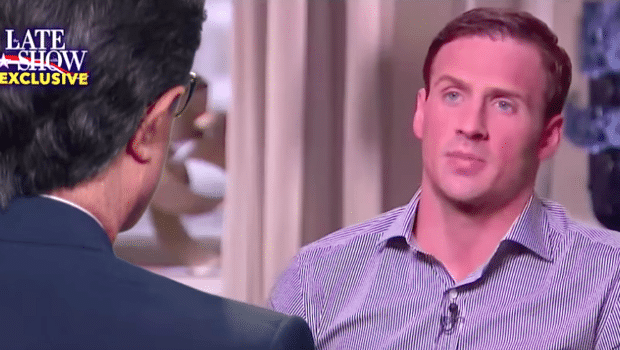 It’s been a rough go for Ryan Lochte since the Rio Olympics came to an end. His dramatic story of a late-night armed robbery has been thoroughly debunked, but there wasn’t a more cringe-worthy moment in the entire “scandal” than his tell-all interview with Matt Lauer.

Thanks to some savvy video editing, Stephen Colbert and The Late Show repurposed the entire interview into how it probably would have gone had Colbert been asking the questions.

SHAKE BAKED FOR 22 AS A SIXERS STARTER! SIMMONS BRICKS 2 AT THE LINE — FREE CHICK-FIL-A FOR EVERYBODY!