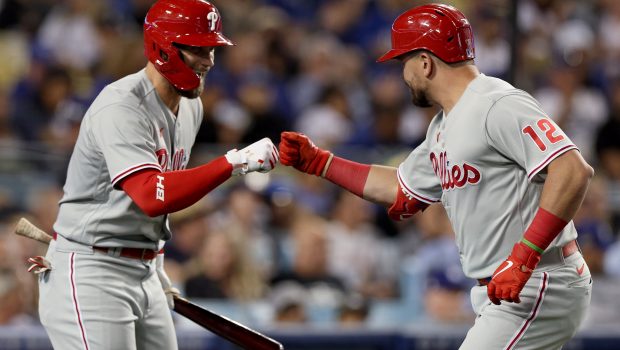 Kyle Schwarber homered twice in the playoff-clincher over the Astros.

Schwarber’s two bombs have helped the Phillies clinch a playoff spot for the first time since 2011.

He gave the Phillies a 1-0 lead with a leadoff homer in the first, and then extended the lead to 3-0 with a blast in the eighth.

That’s 46 homers on the year for the 29-year-old, and it’s definitely helped compensate for the .219 average on the year.

Schwarber should be hitting at the top of the lineup for their postseason series starting on Friday, likely either against the Cardinals in St. Louis or the Mets in New York.