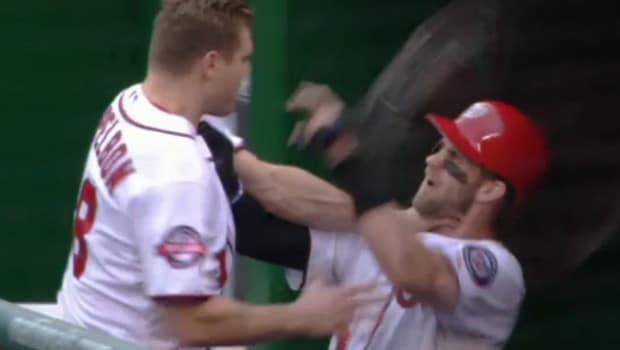 Throwing at opposing batters wasn’t easing Jonathan Papelbon’s frustration. So he turned to a teammate.

Papelbon appeared to criticize Harper, one of the game’s best players, for not running out a pop-fly in the eighth inning against the Phillies. The two jawed for a time, as Papelbon, who had just been dealt a three-game suspension for throwing at Baltimore’s Manny Machado, moved to the top step of the dugout.

What’s even more amazing is that the clueless Nats manager Matt Williams sent Papelbon out to pitch the ninth against the Phils, who pummeled his sorry ass in a 12-5 victory!