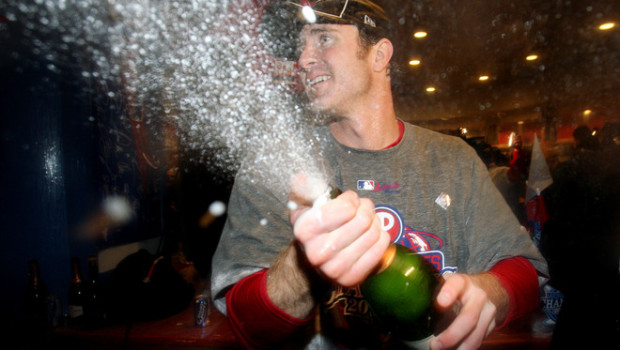 Chase Utley leaves the Phillies as their greatest second baseman, and one of the most popular athletes in Philly history. He ranks in the top 10 in franchise history in hits, doubles, home runs, extra-base hits, RBIs, games and walks. He helped the Phillies win five consecutive National League East titles from 2007-11, two National League pennants and one World Series title.

“I don’t think we’re going to be around all night so we can go through all the great memories we had here, but obviously winning the World Series here in 2008,” Utley said about his greatest memories. “Nothing is better than that. The way the city reacted to that team was truly special, something I will never forget. Going down Broad Street after winning the World Series was an amazing feeling.