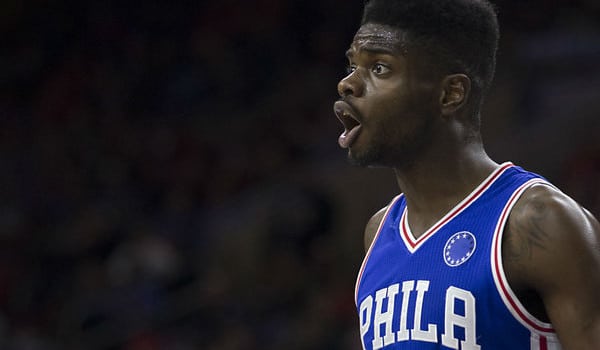 An update on Noel’s condition is likely to come today after he went up to contest a dunk by Wolves forward Andrew Wiggins, and he caught an elbow to the face and landed hard on his right side. As Noel hit the floor, his head bounced off the hardwood. He was motionless beneath the basket for several minutes, and players and Thunder medical personnel gathered around him with visible concern. Noel was moving as staff attended to him, and he was conscious as he was taken off the floor on a stretcher.

Brutal fall for Nerlens Noel who was immediately met by the Thunder’s medical team and stretcher. pic.twitter.com/us59JxhTx5