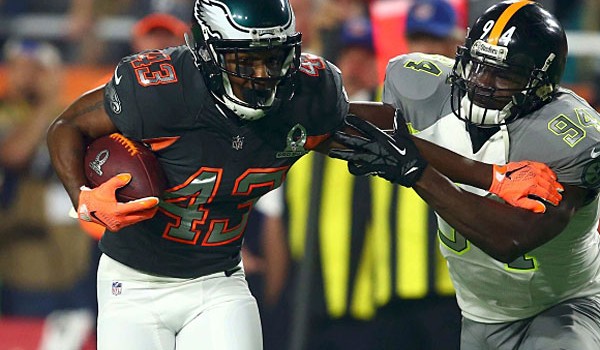 They played the Pro Bowl Sunday in Arizona, and almost everyone in attendance had a good time — with the exception of ESPN sourpuss Chris Berman.

Here is how three Eagles did:

Darren Sproles: Picked up 17 yards on a catch and run before being tackled by teammate Connor Barwin on the second play of the game. Finished with three rushes for 42 yards to go with seven receptions for 86 yards.

Connor Barwin: Tackled Sproles on the second play of the game. Missed a tackle on DeMarco Murray after exploding into the backfield. Played as a 4-3 weakside linebacker, which is new to him. Barwin plays 3-4 outside linebacker for the Eagles and has experience playing at 4-3 defensive end. F