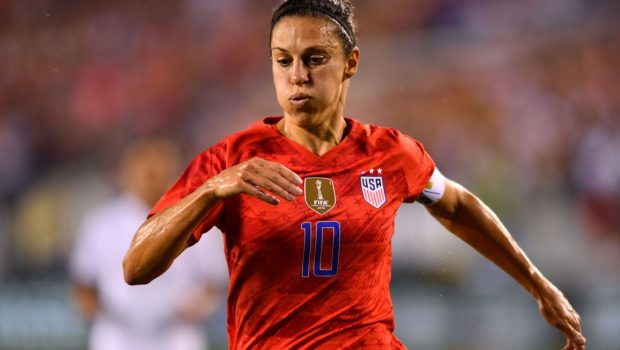 During a USWNT friendly against Portugal at the Linc in Philly, Lloyd scored a goal to give the U.S. a 3-0 lead.

She initially celebrated by flapping her arms like a bird, an ode to her beloved Eagles, whose season starts next week.

After trading hugs with her teammates, Lloyd raised both arms above her shoulders, giving the ubiquitous signal for a made field goal.

.@CarliLloyd to the @Eagles CONFIRMED?? 🤔 https://t.co/LkRTC2reJT