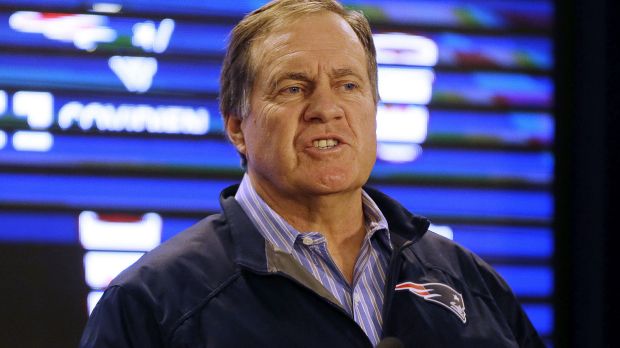 In a rambling, bizarre presser on Saturday Patriots coach Bill Belichick tried to address the issue of why the footballs his team provided in last Sunday’s AFC title game against the Indianapolis Colts weren’t up to league specifications.

For some reason, he also said this:

An epic “My Cousin Vinny” reference. If you remember in the movie, she was Vinny’s girlfriend. She testified as an expert witness that the two kids couldn’t have robbed the convenience store and shot the clerk because the getaway car left tire tracks. And she knew that the kind of car they were driving had individual suspension and would not have left tire tracks. She was the star witness who proves their innocence at the end.