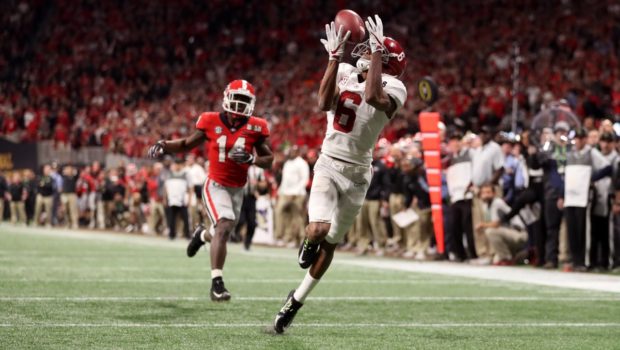 In a surprise move, Saban replaced struggling quarterback Jalen Hurts with backup Tua Tagovailoa, a true freshman from Hawaii who last appeared against an FBS opponent in October.

After kicker Andy Pappanastos shanked a 36-yard kick at the end of regulation—a stunning miscue that gave Georgia life after it relinquished a 13-0 halftime advantage—the Crimson Tide survived. The Bulldogs opened the extra frame with a 51-yard field goal to regain the lead and then sacked Tagovailoa for a 16-yard loss, a play that put Georgia on the verge of its first title since 1980.

Then Tagovailoa unleashed a 41-yard bomb to DeVonta Smith for the game-ending touchdown: