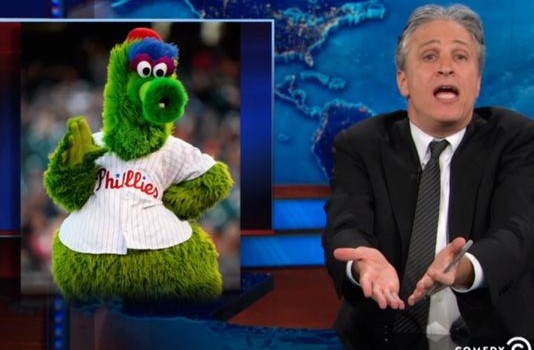 On Wednesday night, he was at it again: This time, as you’ll see in the video above, Stewart apologized to the Phillie Phanatic while making some jokes about Mr. Met in the process. Then he showed a still from the Phanatic’s “sex tape” (don’t worry, it is safe for work despite the fact that’s it’s a bizarre, hilarious image).