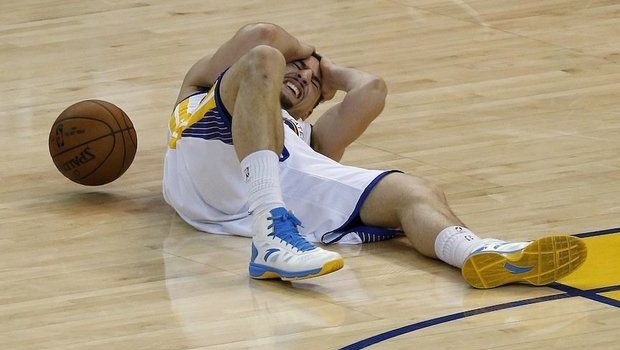 WARRIORS’ THOMPSON CLEARED TO PLAY IN NBA FINALS VS. CAVS

The Golden State Warriors got the news yesterday they had been hoping for since May 27:

Guard Klay Thompson has passed the NBA’s concussion protocol and can play in Game 1 of the NBA Finals against the Cleveland Cavaliers Thursday night.

Thompson was injured in the fourth quarter of Golden State’s 104-90 Game 5 win over the Houston Rockets in the Western Conference finals clincher. The Warriors said Friday that neurological tests revealed Thompson had a concussion.

“I felt great, honestly, these past few days,” Thompson said after the Warriors’ practice on Tuesday. “I feel like I’m getting my wind back. Tomorrow is the final tune-up and I’m just trying to stop the nerves and anxiousness or even the doubt as much as possible.”

Thompson still has a scar in his ear from when Houston forward Trevor Ariza kicked him in the head. Thompson participated in the Warriors’ entire practice on Tuesday and played the full 10 minutes in two separate scrimmages. He is still trying to strengthen his conditioning after missing two practices and took extra shots after practice at the Warriors’ facility.

When asked if his rhythm was affected, Thompson said: “I don’t think so. We had so much time to get it back.”