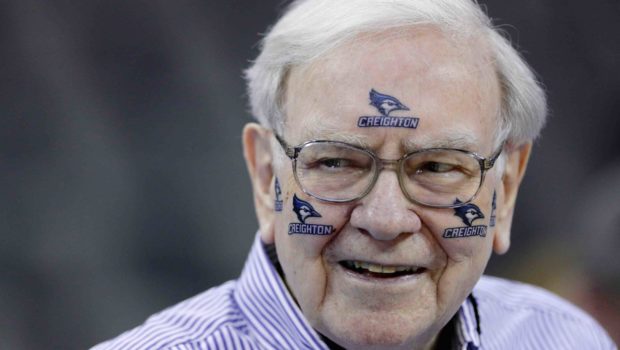 Warren Buffett is at it again.

In an interview with CNBC, Buffett said that any employee of his company, Berkshire Hathaway, to accurately predict the Sweet 16 will win $1 million a year for life.

The challenge is limited to the 390,000 employees at the billionaire CEO’s Berkshire Hathaway.

“All you have to do is get through the first bracket to win $1 million, assuming nobody else wins at the same time then you split the million,” Buffett said to CNBC.

Buffett will also offer a $100,000 consolation prize to the person who does the best. Last year, he split $100,000 between eight employees. The year before, five people lost with just one game left.

According to Forbes.com, about 100,000 employees completed brackets in the past.

In 2018, there were no perfect Sweet 16 brackets among the 17.3 million on ESPN after No. 16 UMBC defeated No. 1 Virginia in the first round of the tournament.

According to Duke University math professor Jonathan Mattingly, the odds of someone picking a perfect bracket are one in 2.4 trillion.