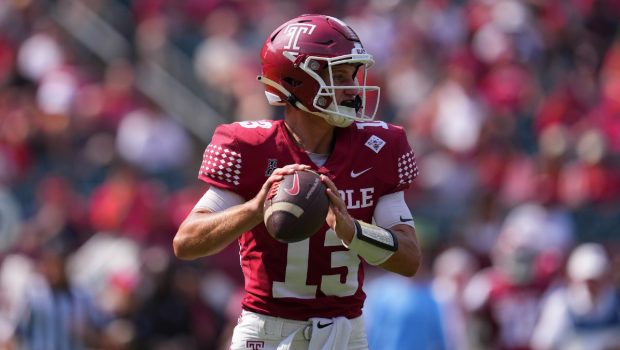 Warner, the son of Hall of Famer Kurt Warner, got his first win as a starter, going 11 of 22 for 173 yards. He opened the scoring with an 11-yard strike to Ian Stewart and capped it a 50-yard connection with Adonicas Sanders.

Temple backup quarter Quincy Patterson completed all three of his passes and led the Owls in rushing with 10 carries for 52 yards and made it 14-0 early in the second half with a 3-yard touchdown run that capped an 80-yard drive.

The Minutemen used three quarterbacks, who combined to go 11 of 26 for 80 yards passing and two interceptions with four sacks. UMass was just 3 of 17 on third down.