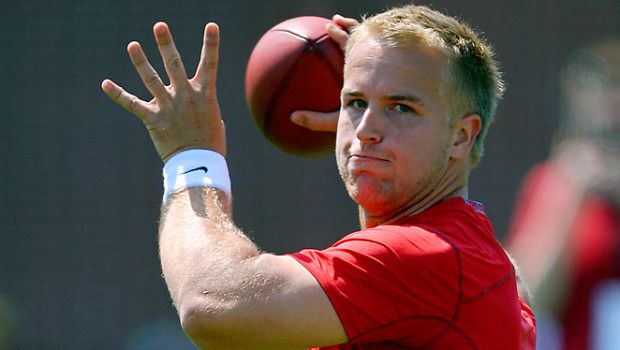 YOU WANT BARKLEY? EAGLES WILL LET YOU HAVE HIM FOR A LATE PICK

No, the Eagles are not signing Tim Tebow, whom they worked out yesterday, but QB Matt Barkley is yours for the taking.

According to Chris Mortensen of ESPN, none of this has anything to do with the availability of Sam Bradford. But it could still portend something, as third-stringer Barkley is now available.

A team wanting to take Barkley off their hands would only need a late-round pick for the former fourth-round pick from USC, who has thrown 50 passes in two seasons, and is buried behind Bradford and Mark Sanchez and perhaps the guy behind Curtain No. 3:16.