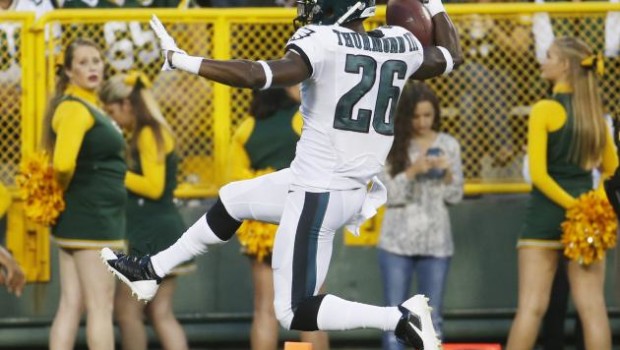 WALTER THURMOND HAS PROVIDED VALUE PLUS AS EAGLE FREE AGENT

Thurmond has been a bright spot in the Eagles’ secondary. He and Byron Maxwell were teammates in Seattle in 2013, and Thurmond played for the Giants last season. Now in Philly, he ranks third among all safeties, and is solid against both the pass and the run.