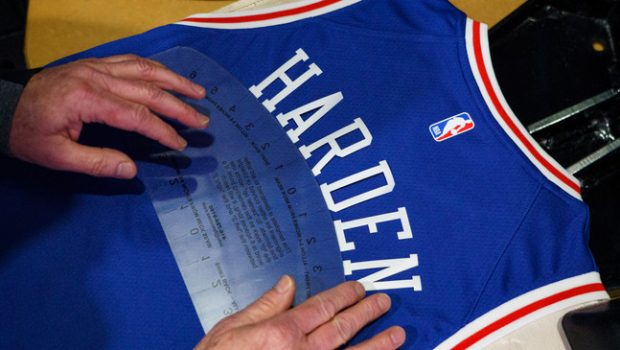 WAITING FOR HARDEN, SIXERS TAKE OUT THE THUNDER!

Joel Embiid had 25 points, 19 rebounds and five blocked shots, and the Sixers beat the Thunder 100-87 as they wait on James Harden.

“Everybody’s going to have extreme expectations,” Sixers forward Tobias Harris said. “I think this thing will really work. I think there’s something really special that we could do.”

Harden is expected in Philly this weekend to get evaluated by the team’s medical staff for his injured hammy. He won’t play tonight against Cleveland. The means the earliest Harden could play for the 76ers is at home Tuesday against Boston. The Sixers also play Thursday at NBA champion Milwaukee before the All-Star break.

Sixers fans rushed the team stores when doors opened to get the jump on Harden jerseys. Yup, some die-hards wore a Harden jersey before the three-time NBA scoring champ could in Philly.

Harden was acquired from the Brooklyn Nets at Thursday’s trade deadline for 2016 No. 1 pick and three-time All-Star Ben Simmons. Simmons never played a game this season following an offseason trade demand. The Sixers got the second superstar they craved to pair with Embiid as they chase their first NBA championship since 1983.

Embiid had 11 points and 10 rebounds in the first quarter. The Sixers, who also sent Seth Curry and Andre Drummond to the Nets, never really pulled away in the second half from the 17-win Thunder.

The Sixers are in a holding pattern until Harden makes his debut. Furkan Korkmaz started in Curry’s spot and the Sixers suddenly don’t have a backup center to Embiid. Coach Doc Rivers said the Sixers would scan the buyout market.

Tyrese Maxey scored 24 points and Harris 17 for the Sixers.

Derrick Favors led the Thunder with 16 points and Lu Dort had 15.

Thunder coach Mark Daigneault said he was fine the team stayed pat at the trade deadline.

“We love our guys. We really like our team,” he said. ‘”We like the direction we’re headed. We’re obviously early in the process. We have a lot of confidence in not only the guys we have right now, but where we’re going.”

The Sixers ran rotations more fit for a preseason game and, with the Thunder struggling, this one will quickly be forgotten. The Thunder missed all eight 3s in the third quarter. Embiid shot only 8 of 25 from the floor.

So it goes. The Harden countdown goes on.