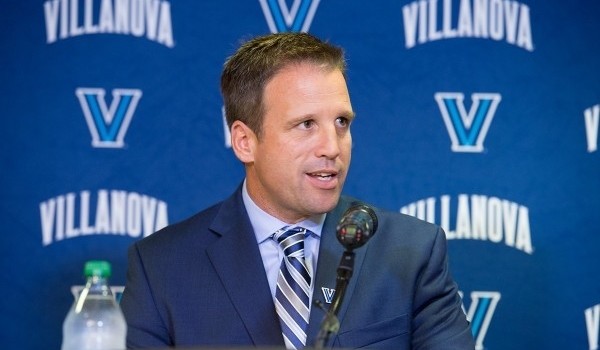 VILLANOVA’S NEW A. D. HAS A BIG-TIME PEDIGREE!

Most colleges and pro teams declare that when they are losing a key member of administration they are embarking on:

A national search to find a replacement.

Jackson, 40, oversaw construction of the McKay Center, the Uytengsu Aquatics Center and the renovation of Heritage Hall. He also was the athletic department’s point man for the Coliseum.

“Mark Jackson was an incredible asset to the Trojan family and, while we are sad to see him leave Los Angeles, Villanova University has hired one of the best young minds in collegiate athletics today,” USC athletic director Pat Haden said in a statement on Villanova’s website.

Jackson originally came to USC as an assistant to former football coach Pete Carroll. He became an athletic administrator before leaving USC for Syracuse in 2005.

He worked with Lane Kiffin as the Oakland Raiders’ director of football development before returning to USC.

At Villanova, Jackson succeeds Nicastro, who held the position for 15 years.

“Villanova is an elite academic institution with a prestigious athletic brand, and I understand the responsibility I now have to uphold Villanova’s high standards for excellence,” Jackson said in a statement.