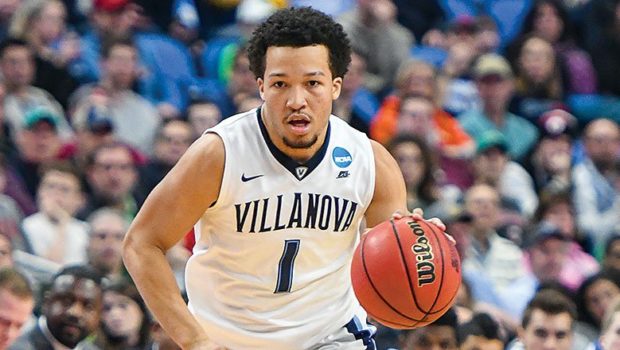 During Jay Wright’s tenure at Villanova, underclassmen wait, and seasoned players step forward. “I like to think that we have guys coming off the bench who aren’t playing prominent roles but who are good enough to do that,” Wright says.

Last year, Josh Hart, Kris Jenkins and Darryl Reynolds assumed leading roles from Ryan Arcidiacono and Daniel Ochefu, key cogs in the Wildcats’ 2016 title run. The ’16-17 trio of seniors led Villanova to 32 victories and a Big East title but couldn’t get past Wisconsin in the second round of the NCAA Tournament. They have moved on, leaving juniors Jalen Brunson (above) and Mikal Bridges in charge.

Even as a role player on the 2016 national title team, Bridges was considered the Wildcats’ most viable NBA prospect. He is a versatile athlete with the ability to score off the dribble, shoot the 3, rebound and defend multiple positions. This year, he must translate his experience and versatility into greater production.

“He’s a very balanced player,” Wright says. “He can shoot 3s. He was the Big East Defensive Player of the Year last year with Josh Hart (and Khyri Thomas of Creighton). He can post up. He needs to improve in all areas but will have a lot more opportunities to do it.”

Last year, NCAA clearinghouse problems sidelined 6-8, 255-pound power forward Omari Spellman, robbing Villanova of a much-needed interior presence. He enters this year as the most offensively gifted big man the Wildcats have had under Wright, with the ability to score in the post, pass out of double-teams and hit his free throws.

Fordham transfer Eric Paschall developed into a surprisingly effective defensive player last year. Expect him to be more of an offensive force at the 3 and 4 this season. Sophomore Dylan Painter was pressed into service last year to defend and rebound and should be more comfortable doing both this year, while freshman Jermaine Samuels is a strong driver and excellent athlete who must show he can defend and hit some jumpers.

Brunson has waited patiently for his turn to lead the team. Expect the junior to score more consistently, hit big shots and create opportunities for his teammates. “He will be far more comfortable in his role this year than last year and far more than in the year before,” Wright says.

Senior guard Phil Booth played just three games in ’16-17, due to knee tendinitis. Booth can shoot, set up teammates and defend. Should his knee problems clear up completely, he’ll be a valuable asset. During the second half of last year, sophomore Donte DiVincenzo proved to be a reliable scorer, and his ability to defend four positions makes him invaluable. He’ll be a more important offensive weapon this year. Freshman Collin Gillespie “doesn’t pass the eye test,” Wright says, but he was an extremely productive prep combo guard.

The veterans move on, and the younger players step up. The result is another season in which Villanova is the class of the Big East. It’s time for Brunson and Bridges to lead the way, and both have the talent and experience to do so. A healthy Booth will mean a lot to the Wildcats, as will the continued emergence of DiVincenzo. Paschall has the ability to improve his scoring production, to go with his excellent defense, and Spellman provides a potent interior presence. The Cats should be deep, versatile and talented. Just like always.