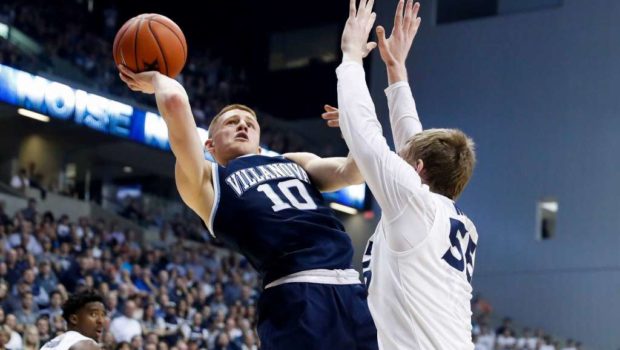 Jalen Brunson and Donte DiVincenzo (above) scored 17 points apiece in a balanced offense, leading Villanova to a 73-57 victory after No. 24 Xavier lost its leading scorer.

Villanova (24-2, 11-2 Big East) led most of the way at the Cintas Center, where the Wildcats suffered one of their five losses on the way to a national championship last season. The arena was rocking when the game started, but Villanova took control as soon as Trevon Bluiett got hurt.

“We just focus on sticking together and controlling what we can control,” said Villanova’s Kris Jenkins, who had 12 points. “Nothing can rattle us as long as we do that.”

Xavier (18-7, 8-4) was already missing point guard Edmond Sumner to a torn ACL. Bluiett, who is second to Villanova’s Josh Hart for the Big East lead in scoring, aggravated his sprained right ankle midway through the first half and had to be helped off the court. Hart finished with 11 points.

Bluiett got his right ankle re-taped and returned to the game, but he was in pain and had trouble moving. After two ineffective minutes to start the second half, he went to the bench. The junior failed to score for the first time in his career after scoring at least 20 points in five of the past six games.

“We felt like 70 percent or 60 percent of Trevon wasn’t going to be effective,” coach Chris Mack said. “I don’t want to put a guy out there who feels he’s playing on one leg.”

Xavier led 12-11 when Bluiett got hurt. Villanova responded with an 11-0 run — Jenkins hit two 3s — and the Wildcats didn’t trail again. RaShid Gaston led the Musketeers with 23 points and 10 rebounds.

“This league is becoming a war of attrition, man,” coach Jay Wright said. “Everybody’s losing players. I feel bad for Chris with Sumner out and now Trevon getting hurt in the first half. That had a big impact on the game.”

Wright got his 500th coaching victory, with the first 122 at Hofstra. He said there was no special significance to the number.

“I always feel blessed,” he said.

Senior forward Darryl Reynolds sat out with a rib injury that has left him day-to-day. He had started every game. Freshman forward Tim Delaney had hip surgery on Wednesday and is out indefinitely. He has been limited to seven games. 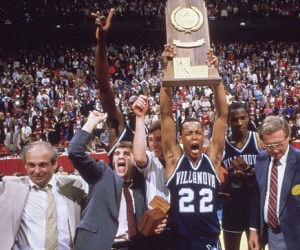 WHAT BILLY PACKER (AND THE WORLD) GOT WRONG ABOUT ’85 CATS!