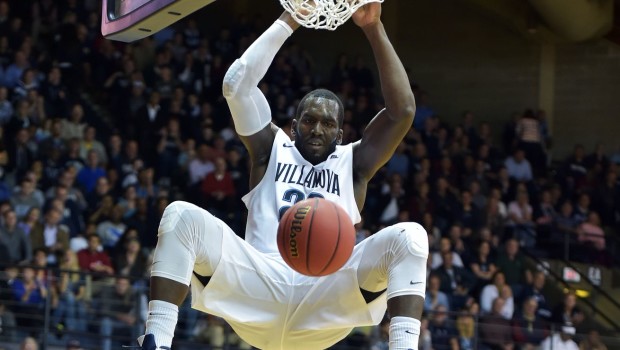 The Villanova Wildcats made their first foray into the 2016 postseason, and it was a Broadway success.

Josh Hart scored 25 points, Ryan Arcidiacono added 19 points and six assists, and third-ranked Villanova pulled away from Georgetown in the second half to open its bid for consecutive Big East Tournament titles with an 81-67 quarterfinal win today at Madison Square Garden.

The eighth-seeded Hoyas (15-18), whose first-round game ended about 15 hours earlier, led 47-46 midway through the second half before Arcidiacono and Hart led Villanova on a game-breaking run.

Georgetown had 16 offensive rebounds to just four for the Wildcats but converted them into only 12 second-chance points. Villanova, meanwhile, took full advantage of the Hoyas’ mistakes, turning 11 turnovers into 20 points.

The Wildcats had been 0-5 against Georgetown at the Big East Tournament.