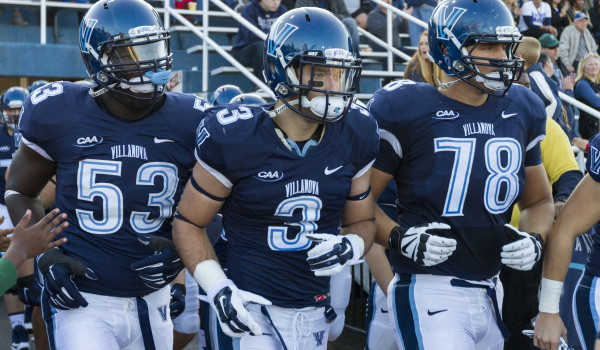 You’ll excuse Villanova offensive lineman Jake Prus if his mind is elsewhere when the the Wildcats open their season Thursday night at Connecticut.

Prus (No. 78 above) has been selected as a match to make a bone marrow donation next month, coach Andy Talley said Monday. He is then expected to miss the following three games.

A tackle from Woodstown, N. J., Prus will be the first Villanova player to donate since Matt Szczur in 2010. Talley has been a driving force with college football teams nationwide to register potential marrow donors for the Be The Match Registry.

The Wildcats come into Thursday’s game ranked fourth in the STATS FCS Top 25.