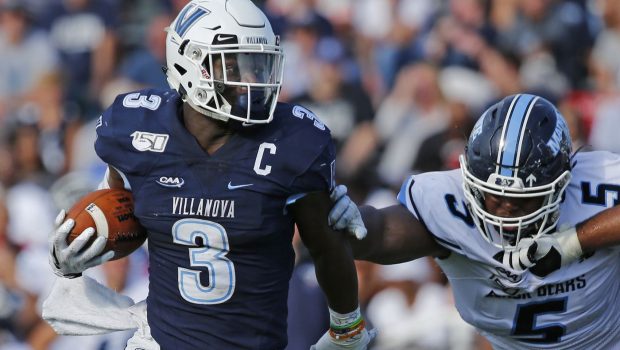 Daniel Smith passed for a touchdown and ran for two more and Villanova scored on its first five possessions to defeat Maine 33-17 to go 5-0 for the first time since 2009.

Smith found Changa Hodge alone in the middle for a 77-yard touchdown in the first quarter and added a pair of second-quarter 7-yard scoring runs. Smith finished 15-of-24 passing for 213 yards. Justin Covington ran for 118 yards on 19 carries.

Chris Ferguson was 29 of 49 for 347 yards and a score but was intercepted twice. Wide receiver Earnest Edwards threw for Maine’s first touchdown on a trick play, tossing an 8-yarder to Andre Miller, and caught a 32-yard score late, finishing with 140 yards on four catches. Jaquan Blair added 120 yards receiving on 12 catches.