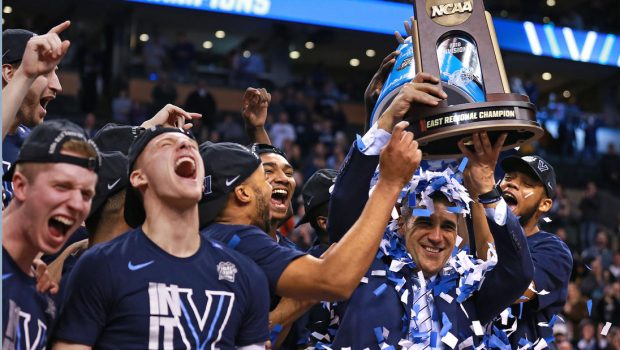 VILLANOVA IS THE LAST BLUE BLOOD STANDING IN THE FINAL 4!

Once again the Villanova Wildcats are right smack in the middle of it, or on top of it!

Nova at one time was just delighted to have a seat at the Blue Blood table, to have a chance to compete with the top tier programs — Duke, Kentucky, Kansas, North Carolina.

Now the Wildcats over the past four to five years have become a blue blood — the bluest of all blue bloods left in this current tournament, and rightly so!

They made the Final Four in 2009 and then again in 2016, when they knocked off Tar Heel Blue Blood North Carolina.

The number crunchers on Las Vegas Boulevard’s sports books have installed the Wildcats as favorites to win it all, -5.5 versus Kansas tomorrow night in the second National semifinal game, with the winner taking on Michigan-Loyola CHI winner Monday night for the NCAA Title.

The Wildcats have earned that blue blood status the old fashioned way, by winning! VU is 9-0 straight up and 7-2 against the spread over their last nine games, including a 4-0 SU and ATS run through the tourney so far.

The Wildcats’ 5.5 point spread against Kansas has merit, their last four games versus Jayhawks, the Cats’ are 3-1 straight up, and against the spread.