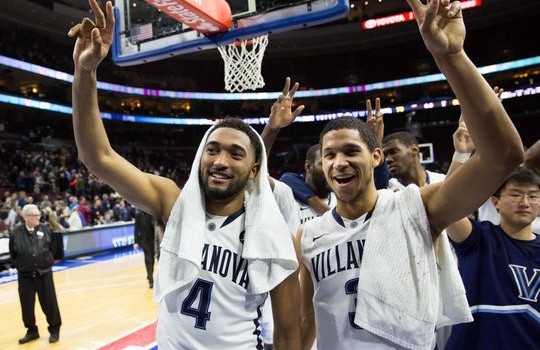 If it is true that revenge is a dish best served cold, perhaps the Villanova-Georgetown rematch should have been played last week when the temps were far lower.

In any event, the Hoys waxed the Cats 78-58 three weeks ago in DC, and today at the Wells the Cats hope to turn the tables.

The Hoyas (15-7, 7-4) are back to playing up to its normal standards and competing for a Big East title. They are good at protecting the paint, averaging 5.3 blocks a game (22nd nationally) and ranking 53rd in field goal percentage defense (39.7%). D’Vauntes Smith-Rivera has been the offensive engine, but he’s not straining to do too much like he did last season, in large part because the rest of the Hoyas are much, much better.

The Wildcats (20-2, 7-2) still are the front-runner to win the Big East and a contender to notch a No. 1 tournament seed. They rank 11th nationally in turnover margin (4.1) and assist-to-turnover ratio (1.44). This is one of the most balanced teams in the country with six players averaging more than nine points a game. Veteran forward JayVaughn Pinkston isn’t putting up the same type of numbers as last season (9.9 ppg compared with 14.1 ppg), but he still gives the team an edge with his versatility.

In the last meeting, the Hoyas bulldozed the Wildcats by 20 points, a result that shook up the Big East standings and removed Villanova from the top five. If Villanova takes better care of the ball (17 turnovers vs. Georgetown last time) and shoots better (34%), revenge should be in its favor at home.