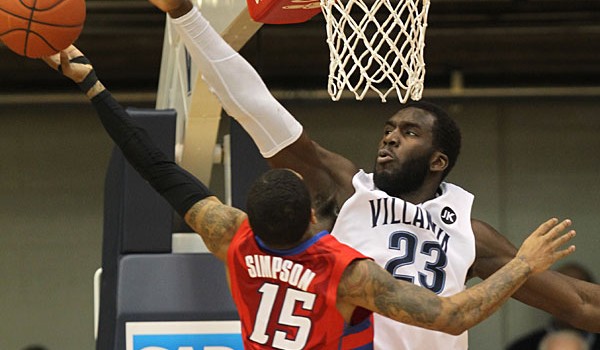 Daniel Ochefu’s rim-protection has made the difference for the Wildcats all season.

It’s not surprising that Villanova is considered a distinct possibility to make the Final Four and even win its first national championship since the 1985 miracle Cats who beat Georgetown.

But there is skepticism about the 32-2 team that plays Lafayette in a first-round game in Pittsburgh on Thursday.

Will Villanova remain the same formidable team that tore through the Big East with ease and rolled to a conference tournament title? Or will the Wildcats fall apart in the postseason as they often have in recent years?

Nagging doubts about that have probably caused Villanova to be undervalued and overlooked entering the NCAA tournament. Though the Wildcats don’t have a surefire NBA player on their roster, they have six players averaging at least nine points per game headlined by high-scoring wing Darrun Hilliard.

They shoot a lot of threes, but they also make a Big East-leading 38.9 percent of them too. Thanks to strong guard play, solid perimeter defense and the rim protection of Daniel Ochefu, Villanova really has no glaring weaknesses. They aren’t as talented as some of the teams above them on this list, but they’re more than capable of taking advantage of a wide-open East Regional and returning to the Final Four for the second time under Jay Wright.