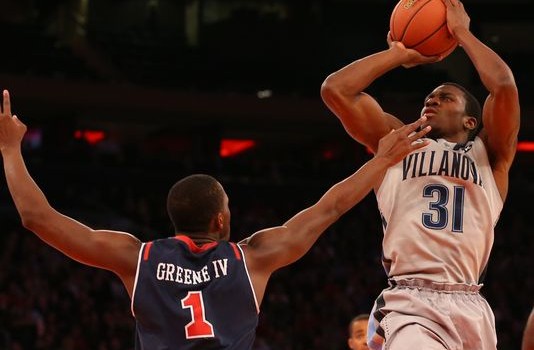 I realize it is only 67 days till Selection Sunday, when all the bracketologists in the world realize how dumb they really are — with the exception of the great Joe Lunardi!

So, what are we to make of the difference between 8th-ranked Villanova’s sub-par play last Saturday in its first loss at Seton Hall and its thumping of St. John’s Tuesday night at the Garden?

The Cats made open shots.

It’s that simple. Seton Hall is pretty good and plays decent defense, so the Pirates deserve credit for the win. But if Villanova had made open shots at its normal rate against Seton Hall — not to mention its foul shots — it probably would have won easily.

By the end of that game, I couldn’t shake the thought that the Wildcats had blown a lot of opportunities for easy points, so I decided to rewatch the entire game and count how many open shots Villanova missed. Ten minutes into the game, I lost count.

The Cats shot 31 percent for the game!

The Wildcats rediscovered their touch in Madison Square Garden, shooting 56 percent from the field (69 percent in the second half) against the Red Storm, including 43.5 percent from the 3-point line. As great as the Villanova offense looked Tuesday, I still believe that Ryan Arcidiacono needs to be a consistent scoring threat for the Wildcats to reach their full potential. Then again, if his teammates keep shooting as well as they did against St. John’s, he’d be a fool to stop passing.