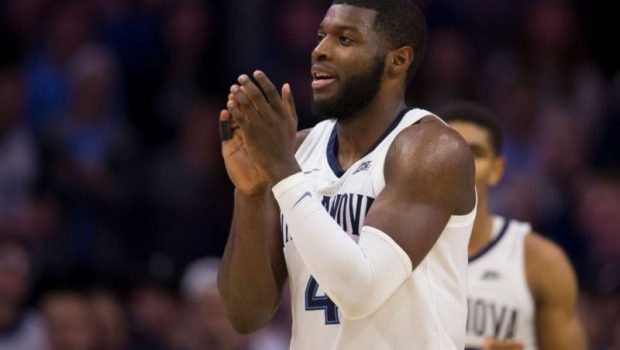 “He’s done that in a number of games this year, tough games,” coach Jay Wright said when asked about Paschall’s strong start. “It sets the tone. You see that the first couple shots of the game and it makes a statement.”

The Wildcats (15-4, 6-0 Big East) have won seven straight and show no signs of slowing down. They even snapped a two-game losing streak at Hinkle and Villanova only needed three quick scoring flurries to put it away thanks to Paschall and Booth.

While Paschall was 8 of 16 from the field and 5 of 10 on 3s with five rebounds, Booth went 8 of 9 from the free-throw line, grabbed four rebounds and had five assists. Collin Gillespie finished with 11 points and Dhamir Crosby-Roundtree finished with 10 points and eight rebounds.

“You know when you see them coming, what type of game it’s going to be,” Bulldogs coach LaVall Jordan said. “I didn’t think we played our best.”

Butler’s shooters did make it interesting early in a matchup of the conference’s top two scoring defenses.

Villanova finally asserted itself when Booth accounted for half of the points in a 12-2 run that gave the Wildcats a 33-25 lead late in the first half.

It didn’t last long. Villanova responded with four consecutive 3s — Saddiq Bey made the first with Gillespie knocking down the next three — to give Villanova a 55-44 lead.

The Bulldogs made one more charge, getting as close as 61-56, before Paschall’s fifth 3 capped a 7-0 spurt that gave Villanova an insurmountable 68-56 cushion at the 6:23 mark.

“It (the balance) is very good for everybody,” Paschall said. “We have a very talented team and it showed tonight. Everybody played well.”

After making 15 of 34 from beyond the arc Friday at Xavier, the Wildcats went 12 of 26 at Butler. … Villanova made 12 of 18 from the free-throw line while Butler was 3 of 5. … The Wildcats have won the rebounding battle in four straight conference games.

“We played well against a very good team and we finally got a little balance offensively and that’s helping us grow,” Wright said. “We still have a lot of work to do but we’re getting better.”