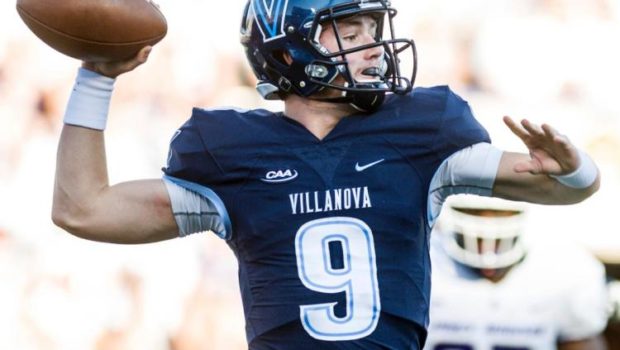 VILLANOVA BLOWN AWAY AT HOME BY NEW HAMPSHIRE 34-0!

Knight was 13-of-23 passing for 158 yards and the New Hampshire defense limited Villanova to 164 total yards, including just 13 rushing.

Knight added a 7-yard scoring run in the third quarter and Jason Hughes, who kicked a 37-yard field goal in the first quarter, made a 26-yarder early in the fourth to cap the scoring.

Villanova went three-and-out four times, punted eight times and moved into New Hampshire territory just three times. Nova missed a 41-yard field-goal attempt in the first quarter, was stopped on fourth-and-goal from the 2 just before halftime and failed to convert a fourth-and-16 from the 20 in final minutes.