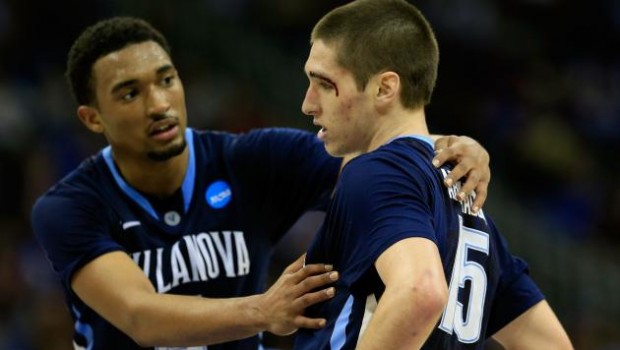 VILLANOVA, FAVE IN BIG EAST, COULD MAKE A DEEP RUN IN MARCH

Hilliard and Arcidiacano are the (blood and) guts of the Cats’ backcourt.

With 15 minutes remaining in their Round of 32 game last March, Villanova was leading Connecticut and seemed to have some momentum after back-to-back James Bell 3-pointers.

UConn outscored the Wildcats by 13 points over the final 15 minutes, beating Villanova en route to the national championship.

“After the game, it was crushing and disappointing,” coach Jay Wright says. “But as you saw them go on, you respected their performance more and became less disappointed in yours.”

With only two players gone from last season — including Bell — it wouldn’t be a surprise to see Villanova making a deep run in this season’s NCAA tournament. The Wildcats are certainly the Big East favorite.

The loss of Bell will hurt Villanova, as the first-team All-Big East performer was Villanova’s top scorer and brought senior leadership.

Although he’s not expected to do it on his own, sophomore Josh Hart will get the first crack at replacing Bell. He showed flashes, notching eight straight double-figure games in December and January, and scoring 18 points against Seton Hall in the Big East Tournament.

“He had a great freshman year,” Wright says. “He picked things up really quickly. I saw a resiliency from him, and he continued that same way in the offseason. He keeps getting better and better.”

Senior JayVaughn Pinkston followed that path the past three seasons, and is now expected to be a dominant performer on a more consistent basis. At 6-7, 260 pounds, Pinkston can be a load in the paint.

“I do expect him to be one of the best players in the Big East,” Wright says. “He needs to go to another level this year. Impact a game consistently, night-in, night-out.”

Wright is very excited about the improvement of center Daniel Ochefu. He came on strong down the stretch, blocking shots and rebounding, while also using his passing ability at the other end.

As always, Villanova will have one of the best backcourts in the country. There’s no physical, attack-minded force like Kyle Lowry, Randy Foye or Corey Fisher, but Ryan Arcidiacono and Darrun Hilliard complement each other well.

Arcidiacono made waves as a freshman two seasons ago, but he also had some issues with turnovers and decision-making. Last season, his scoring numbers were down, but his percentages and assist-to-turnover ratio went up.

“He did exactly what we wanted our guards to do,” Wright says. “As a freshman, he came in aggressively and made a lot of mistakes. As a sophomore, he used his aggressiveness to be smarter. He’s getting more and more efficient.”

Hilliard is a leading candidate for Big East Player of the Year. Known mostly as an outside shooter, the lefty has expanded his offensive game. He finished the season on a high note, averaging 17.3 points in March. “I expect him to develop into a great leader on this team,” Wright says. “He’s one of the best guards in the country.”

There’s solid help on the bench. Dylan Ennis, older brother of recent draft pick Tyler Ennis, didn’t adapt as quickly as some thought last season, but he can do a little bit of everything. Freshman Phil Booth brings scoring and ball-handling.

Villanova’s only two losses in conference play last season were by a combined 49 points to Creighton, and with Doug McDermott gone, the Wildcats are clearly the Big East favorite.

The pieces are there for a deep March run. The Cats have terrific guard play in Arcidiacono and Hilliard; a bruising forward in Pinkston; and solid role players who are getting better in Ochefu and Hart. Replacing Bell — both in terms of production and leadership — will be the key.

If Hart can pick up the slack, though, there aren’t many better starting fives in the country. Throw in improvements from some of the younger players, and we could be talking about last season’s loss to UConn as a stepping stone to a Final Four run.

It wasn’t a big recruiting class, but Jay Wright picked up two quality complementary pieces in Phil Booth and Mikal Bridges. Both players are low-maintenance guys, and will accept a backup role until it’s their turn. Booth can bring scoring and solid point guard play, while Bridges is long and athletic. 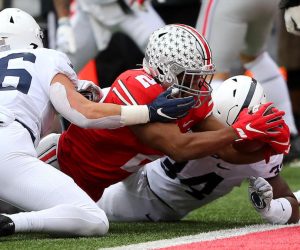 PENN STATE OPENS AT INDIANA OCT. 24, THEN HOME WITH BUCKEYES! 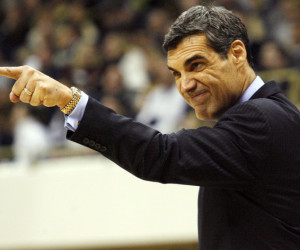 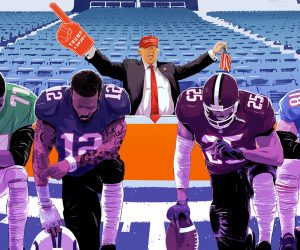