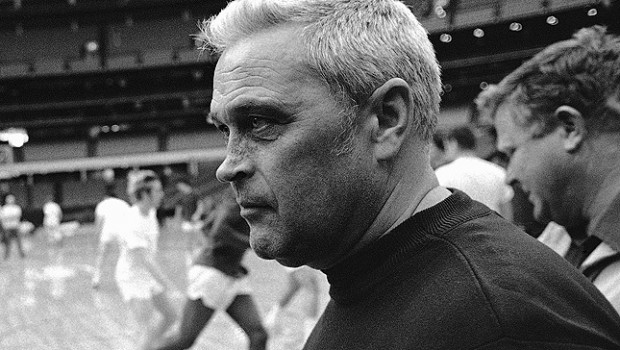 “I don’t think we made a mistake the entire first half,” Kraft (photo above) later said. “Our defense worked to perfection.”

Penn was so sure it would beat Villanova in the 1971 Eastern Regional final that it had plane reservations to Houston, site of the 1971 Final Four, not back to Philly. Now Alan Cotler and Craig Littlepage try to explain why their great Quaker team lost so ignominiously

It wasn’t the most important game in Villanova history — the 66-64 defeat of the Georgetown that clinched the 1985 NCAA title surely is more important.

And it wasn’t so totally unexpected, especially considering that the Cats had played Penn closely in their prior three games, all won by the Quakers.

But when Villanova won the 1971 Eastern regional final — 90-47 and it really wasn’t that close — the effects were deep and long-lasting, especially for Penn which to this day doesn’t understand what happened and why.

Penn entered the game 28-0, ranked No. 3 in the nation, with a team that included Jim Wolf, Steve Bilsky, Dave Wohl, Corky Calhoun and Bob Morse, coached by Dick Harter.

Those are the facts, which are beyond dispute.

Why Villanova won so easily is open to question to this day.

On March 20, 1971 Villanova had something to prove, and they showed it by racing to a 22-6 lead before Harter took a timeout. And it didn’t get much better for the Quakers after that. Kraft played his starters for the entire first half and led 43-22 at the half with Porter pouring in 17.

The Cats ran off 16 straight points at the start of the second half and Penn was scoreless for the first four and a half minutes.

“I don’t think we made a mistake the entire first half,” Kraft later said. “Our defense worked to perfection.”

Harter employed a tight man-to-man offense, which Kraft credited with winning the regular games in 1969-71. But this day, two months after Penn’s regular season win, was different.

Craig Littlepage was a Penn sophomore, and he started that day. He had gone to Cheltenham High and played against a lot of the Villanova players in the summer leagues around the area.

“I loved playing against Tommy (Ingelsby) and Hank (Siemiontkowski),” Littlepage says as he sips tea and eats some fruit at 30th Street Station. “We all played in the summer, and Eddie Hastings and Mike Bantom (who would star at St. Joseph’s) were tough competitors.”

It’s been 44 years, but Littlepage, who is now athletic director at Virginia, had no trouble summoning up his memory.

“In Raleigh, we were all business,” says the 6-6 Littlepage who played at 210 pounds and now weighs 205. “No additional hype. And I remember it was a hot and muggy day. The locker room had a dank, musty smell.”

Littlepage, who scored five points and took four rebounds, said “it seemed that Villanova was playing at a higher gear. We couldn’t match their energy. They made every shot and took every rebound.”

“Anyone can lose a game,” says Bilsky, who was Penn’s athletic director 1994 to 2014. “Anyone can have a bad game and get killed. But to play a team you had beaten three straight years and to lose so badly makes you start wondering what happened.”

Penn seemed dazed during the game and even more so today, as was demonstrated in a whiny article in the Pennsylvania Gazette on the game’s 40th anniversary by Dave Zeitlin:

[Edward P.] Spiegel, the manager, remembers waking up at the crack of dawn in the Raleigh, North Carolina hotel the team was staying at and thinking something was off.

“We were playing at 11 a.m. and we got up really early to eat breakfast,” he says. “And I said to Ron [Billingslea], ‘We seem really flat.’ Going into the game, we were just off-kilter.”

But even if there were a few ominous warning signs, Penn had all the confidence that a 28-0 team should have. In fact, the Quakers were so sure they’d be advancing that they booked a flight from Raleigh to Houston, instead of back to Philadelphia. When they had to get a new flight to Philly, they found themselves on the same plane as the ’Nova players, walking past them as they boarded. “They were very gracious, but it seemed like there were thousands of Villanova fans waiting for them at the airport,” says Bilsky. “We got some taunts there. It was kind of like a nightmare that got worse as the day progressed.”

Sure enough, things got even worse from there. Just like their season, the team bus unexpectedly broke down on the trip back to campus from the airport. And as the Quakers waited a couple more hours for a new bus to retrieve them, visions of the 90-47 loss dominated their thoughts. “That game,” says Wolf, “is a thorn in the side of every one our sides.”

That’s one view of 90-47 held by another member of that Quaker squad, Alan Cotler, a guard from Long Island who scored four points that fateful day.

Cotler makes his living as an attorney in the Philly office of Reed Smith, so he also approaches the hows and whys using the Socratic method he was taught at Georgetown after he picked up an MBA at Wharton.

“I’ll never forget our first day of practice in October 1970,” Cotler says during a lunch at Smith & Wollensky. “Harter told us, ‘We’re going to Houston,’ which is where the Final Four was the next spring. We were a confident team.”

And they should have been, with all starters and important subs returning from a team that was 25-3, a perfect 14-0 in the Ivy League and 4-0 in the Big Five.

“But we lost to Calvin Murphy and Niagara in the NCAAs at Princeton in 1970,” Cotler remembers. “We weren’t ready for them, and that loss left a bad taste in our mouths.”

If you have forgotten just how good Penn was in those days, consider the record of the class of 1972:

“In the DP that season, they did a feature on the five most overrated players in the Big Five,” Cotler says with a laugh. “And they chose Villanova’s five starters!”

Cotler has been thinking about 90-47 a lot, and he has several theories.

“Villanova was looking for us, that’s for sure,” he says. “We had beaten them two months earlier to make it three in a row. Who knows maybe it’s just the law of averages.

Then there was the schedule. Penn was 28-0 coming in, but 14 of them were Ivy victories, most of them cream puffs. And in the post-season, they knocked off Duquesne and South Carolina — “Corky Calhoun really shut down John Roche,” Cotler points out — before the regional final with Penn.

Villanova danced by St. Joseph’s at the Palestra and then breezed by Fordham, coached by Phelps, in Raleigh. The Cats had regular season losses to Houston, BYU, Michigan, Penn, Duquesne and LaSalle — not a cream puff among them.

“Looking at it logically,” Cotler concludes, “the biggest reason we lost may be that … Penn never played three stud teams in a row. We beat Duquesne in Morgantown, which was like a home game for them because Pittsburgh is so close. And then South Carolina with Roche, Kevin Joyce, Tom Riker and Tom Owens in Raleigh. And then Villanova, which had a terrific team.”

As soon as the game ended, the press inundated the Villanova locker room with the notable exception of the Inquirer’s Frank Dolson, a columnist and Penn alum who was an average writer and a massive Penn homer. His column in the March 21 editions of the Inquirer read like a love letter to a long-lost friend.

Back on the Main Line, T-shirts sprouted that merely read, “90-47” with no explanation needed, sort of like graffiti that read, “Bird lives” referring to Charlie Parker, and “Clapton is God.”

Penn wouldn’t get to the Final Four until 1979, where it got blown out by Michigan State and Magic Johnson. Villanova, of course, went to Houston, beat Western Kentucky in the national semis and lost to UCLA in the finals.

Kraft lit up a cigar after the game, and Harter, who didn’t much like Kraft, never got over the loss, leaving Penn for the head job at Oregon.

“I think Harter was stunned,” Cotler remembers of his former coach who died in 2012.

“Harter really ran it up and by the time we were behind by 30 points,” Littlepage recalled, “Harter and I were near mid-court and I gave him a look as if to say, ‘What’s the deal with this?’ Harter looked at me and clenched and pumped his fists. That was his payback for 90-47.”

Who had the better team that year?

As the great Bill Russell once said, “Seems to me that’s why they play the games.”